Shobak Castle, A lonely reminder of former Crusader glory is Shobak Castle, less than an hour north of Petra. Once called “Mont Real,” Shobak dates from the same turbulent period as Karak.

It is the earliest Crusader castle in Jordan. Built in 1115 by Baldwin I, it was only surrendered in 1189, two years after the Battle of Hattin. The strength of this fortress was, in a sense, its weakness; cut off and surrounded, its garrison nevertheless held fast, amid incredible privation and suffering, long after any rational hope of relief had vanished.

It is perched on the side of a mountain, with a grand sweep of fruit trees below. The castle’s exterior is impressive, with a foreboding gate and encircling triple wall. Despite the precautions of its builder, the fortress fell to Saladin only 75 years after it was raised. Inscriptions by his proud successors appear on the castle wall. 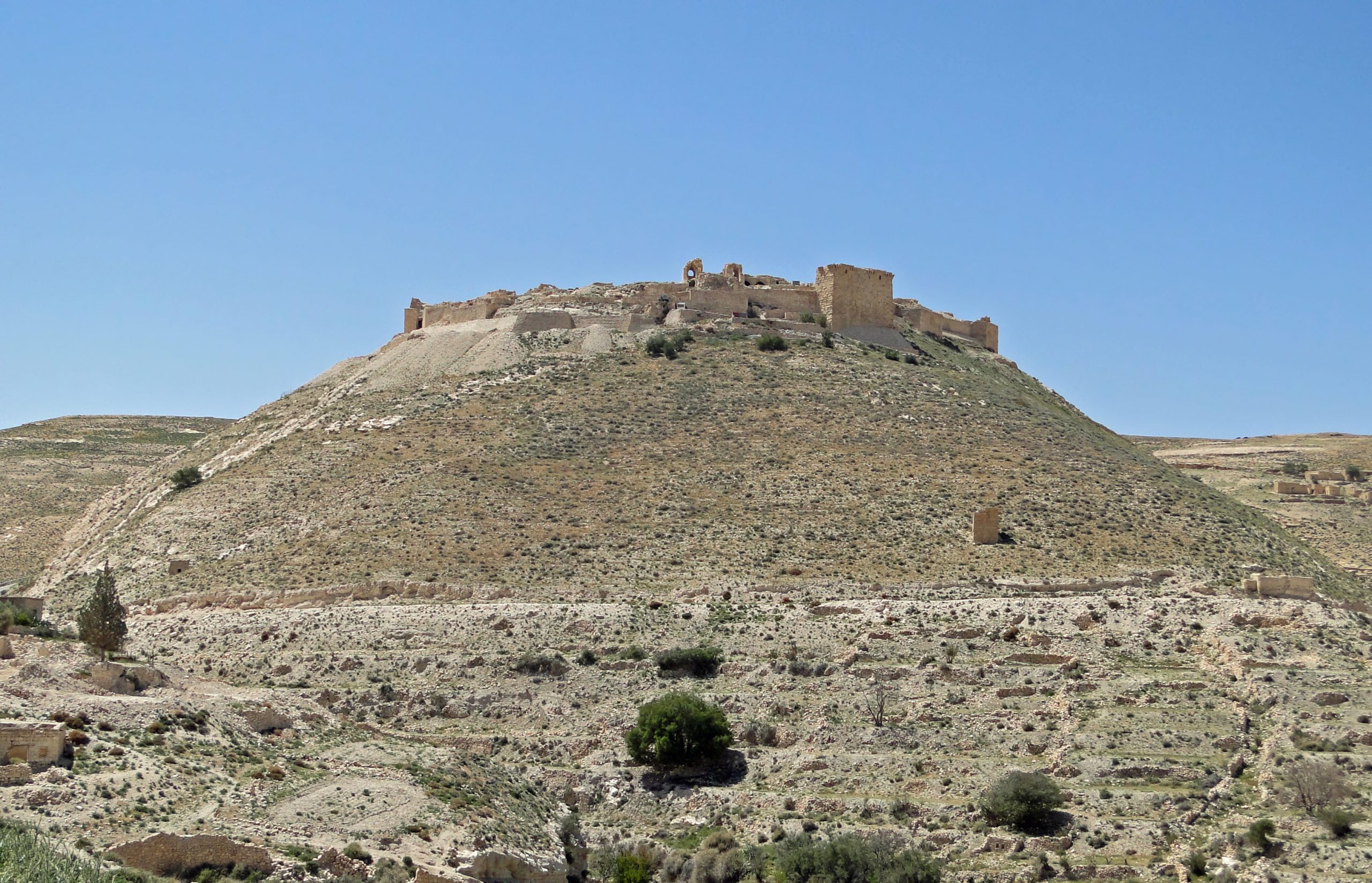 Shoubak is known for its Crusader castle Montreal. Along with Petra and Aqaba, Shoubak forms the third head of this triangle that lies on the cross road between Syria, Saudi Arabia and Egypt. Its unique high elevation (1330 m above sea level) gave it a strategic importance.

The importance of Shobak

The importance of Shoubak reached its peak after Baldwin I of Jerusalem took control of it, cutting the roots between Egypt and Syria, the Montreal castle was built on top of a hill there in 1115. Shoubak was then annexed to the Ayyubid dynasty by Saladin in 1187.

Shoubak became a nahia in 1894, and was administratively belonging to the then-Ottoman Kerak department. In 1973, it was ranked up to a qadaa. In the 31st Administrative Divisions System of 1995, Shoubak became a full department within Ma’an Governorate benefiting from the decentralization program.