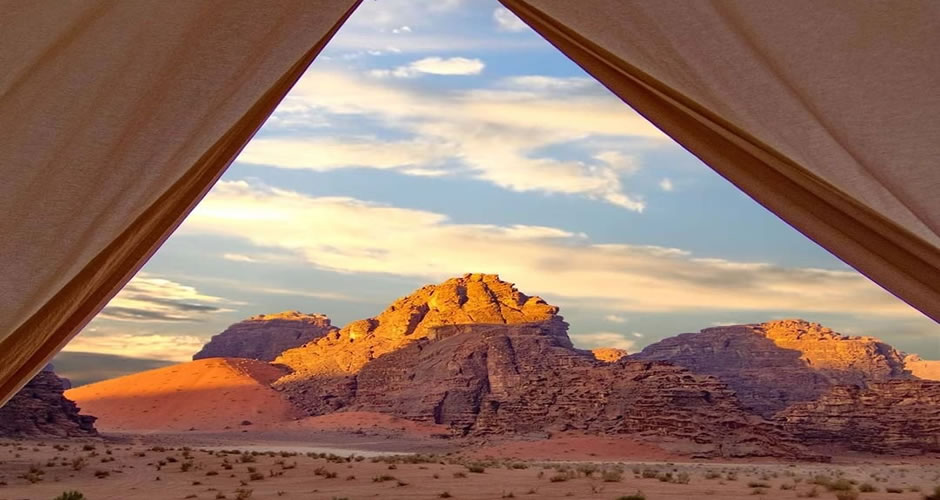 Arrive to Amman airport (QAIA). Meet and greet at the airport. Transfer to your Hotel for overnight.

After breakfast, drive to the capital city of Jordan Amman. Explore the downtown part of Amman for 2 hours, visiting sites and museums including the Citadel, Roman Theater, Archaeological Museum, the Folklore Museum, King Abdullah Mosque (outside visit), Bazaar & craft shops. Everywhere you look there is evidence of the city’s much older past! After Amman City Tour, head out to Jerash, a tour through the Colonnaded street, Amphitheater, Churches, Temples and the vast Roman Forum. The best preserved Roman City Gerasa, which is called Jerash today, and known also as the city of a 1.000 pillars. The city golden age come under the Roman rule and the site is now generally acknowledged to be one of the best preserved Roman provincial towns in the world. Hidden for centuries in sand before being excavated and restored over the past 70 years, Jerash revels a fine example of the grand, formal provincial urbanism that is found throughout the Middle East. Continue to Ajloun; proceed through pine forests and olive groves to visit the mighty Castle of Ajloun. The Castle is the major ancient monument within the Ajloun region. It was built by one of Saladin’s generals in 1184 AD to control the local iron mines of Ajloun and to counter the progress of the Crusaders by dominating the 3 main routes leading to the Jordan Valley and protecting the communication routes between Jordan and Syria. Head back to Amman hotel for overnight.

After breakfast, drive to the rose-red city of Petra along the Kings’ Highway which has been in continuous use for the past 5,000 years and is considered one of the oldest roads in the world. En route stop at Mount Nebo, which dates back to the time of the Prophet Moses, around the 12th century BC & is believed to be the site of the Prophet’s burial place and the point from where he viewed the “Holy Land”. On the top of the hill, housed beneath a protective structure built by the Franciscans, are the ruins of a beautiful small church, built by the early Christians in the 4th century AD. Inside, are the remains of mosaic floors with stunning designs that feature hunting and pastoral scenes. From a platform in front of the church, a visitor may see a bronze memorial of a snake on a cross which symbolizes the serpent lifted up by Moses in the desert, as well as the crucifixion of Jesus Christ. Proceed to Madaba, home of the most famous Byzantine mosaics. Visit the greatest and most significant of all the city’s treasures, the wonderful mosaic map of ancient Palestine, which is located on the floor of the Greek Orthodox Church of St. George. The 6th century AD map, hailed as the oldest in existence, was depicted for the benefit of the pilgrims on their way to the Holy Land, as it represented the surrounding regions as well. The River Nile, the Jordan River, Lake Tiberias and the Dead Sea are easily identified on this map, in addition to many cities such as Bethlehem, Gaza and Jerusalem. One can clearly make out the walls, towers, gates, streets and buildings of the Holy City of Jerusalem, especially the colonnaded main street or Cardo, and the domed Church of the Holy Sepulcher. Continue through the spectacular canyon of Wadi el Mujib to Kerak, where you will visit its imposing Crusader castle built in (AD 1142). Visitors will be amazed by the network of the dimly lit vaulted rooms and corridors, interconnected through heavy arches and doorways. Then proceed to your hotel in Petra for dinner & overnight.

After breakfast, a full day dedicated for the exploration of the breathtaking Nabataean city of Petra which was carved out of the rose-red sandstone about 2,000 years ago & has recently been voted as one of the New Seven Wonders of the World. The tour starts by passing by the Obelisk Tomb and then proceeding through the Siq – the narrow gorge that leads to Petra’s most impressive monument, the Treasury. Then on to the Street of Facades, the Theater, the Royal Tombs, the Colonnaded Street, the Byzantine Church, the Temple, the Monumental Arch, Qasr el-Bint Faroun & finally climb up to the gigantic 1st century AD monument of the Monastery for those who wish. Return back to your hotel in Petra for overnight.

After breakfast, head further down to southern Jordan to visit another significant site “Wadi Rum”. Wadi Rum was best described by T.E. Lawrence as “Vast, echoing and god-like”, and by the locals as “Valley of the Moon”. Here you will have the opportunity to drive through the Jordanian desert by your 4×4 Jeeps in a 2 hours Jeep ride to explore the most spectacular sites of the area, ending with a cup of tea made by Bedouins after your visit. After, transfer to your hotel in Aqaba for swimming, relaxation and overnight at your hotel.

Breakfast at the hotel. Enjoy your day at the Jordanian coastal city situated at the north-eastern tip of the Red Sea. Aqaba is a fusion of history, nature, and city life surrounded by picturesque mountains and blue sea. Bathing in its year-long warm sun, Aqaba invites you to relax on its beaches, partake in the exhilaration of its water sports, and explore the coral reefs of the Red Sea, home to hundreds of different types of corals and sponges with their wealth of colored fish. Things to do in Aqaba: diving, snorkeling in crystal clear water, glass boat trip, water sports. Proceed to the Dead Sea (417 m below the sea level). The uniqueness of the Dead Sea has been known very long time ago. It’s the only place in the world with the unique combination of the spa benefits: peculiar sun radiation (ultra-violet filtered), enriched oxygen atmosphere, mineral-rich salt sea, thermo-mineral springs, and mineral-rich mud. Check-in at your hotel in the Dead Sea for dinner & overnight.

Breakfast at the hotel. Enjoy your free day at Dead Sea. Overnight at your hotel.

After breakfast, transfer to QAIA for your next destination where your memorable tour comes to its end.