Madaba “The City of Mosaics”

Madaba “The City of Mosaics”

Madaba “The City of Mosaics” – Just 30 km from Amman, along the 5,000-year-old Kings´ Highway, is one of the most memorable places in the Holy Land. After passing through a string of ancient sites, the first city you reach is Madaba, known as the “City of Mosaics.”

Best known for its spectacular Byzantine and Umayyad mosaics, Madaba is home to the famous 6th century Mosaic Map of Jerusalem and the Holy Land. With two million pieces of vividly colored local stone, it depicts hills and valleys, villages and towns as far as the Nile Delta.

The Madaba Mosaic Map covers the floor of the Greek Orthodox Church of St. George, which is located northwest of the city center. The church was built in 1896 AD, over the remains of a much earlier 6th century Byzantine church. The mosaic panel enclosing the Map was originally around 15.6 X 6m, 94 sq.m., only about a quarter of which is preserved. 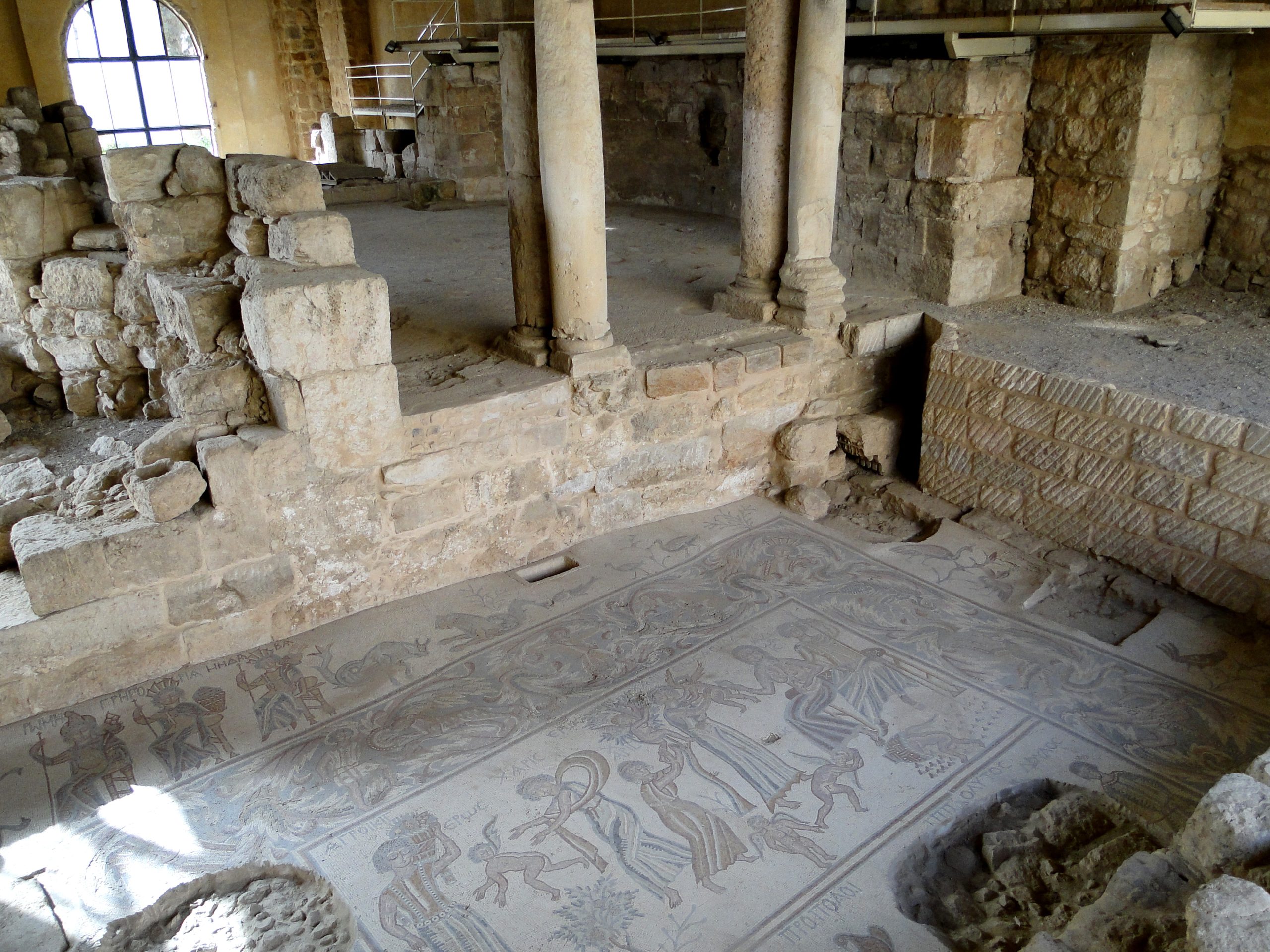 Other mosaic masterpieces found in the Church of the Virgin and the Apostles and in the Archaeological Museum depict a rampant profusion of flowers and plants, birds and fish, animals and exotic beasts, as well as scenes from mythology and the everyday pursuits of hunting, fishing and farming. Literally, hundreds of other mosaics from the 5th through the 7th centuries are scattered throughout Madaba’s churches and homes.

In line with Jordan’s commitment to restoring and preserving its mosaic masterpieces, Madaba’s extensive Archaelogical Park & Museum complex encompasses the remains of several Byzantine churches, including the outstanding mosaics of the Church of the Virgin and the Hyppolytus Hall, part of a 6th century mansion.

Close to the Church of the Virgin is the Madaba Institute for Mosaic Art and Restoration, which operates under the patronage of the Ministry of Tourism. The only project of its kind in the Middle East, the Institute trains artisans in the art of making, repairing and restoring mosaics.

Madaba is an ancient town of the Jordanian Plateau, which was resettled by Christian Arab tribes from the Karak region in 1880 A.D. It is now inhabited by Christians and Muslims alike. A great deal of antiquity has been found here, much of which can now to be seen in the Museum and in Archaeological Parks.

Modern Madaba is built on an artificial mound which conceals the remains of much earlier sites. The town has a long history, being first mentioned in the Bible at the time of Exodus, about 1200 BC. A tomb of this period has been found in the east of the town.

By Maccabaean times (c.165 BC) it had been re-occupied by the Ammonites, but in around 110 BC it was taken, after a long siege, by John Hyrcanus. It remained in Jewish hands until the time of Alexander Jannaeus, and was one of the towns promised to Aretas, king of the Nabataeans, if he helped Hyrcanus II to recover Jerusalem.

The Romans made it a typical provincial town, with colonnaded streets, fine temples and other buildings, large water cisterns and a town wall. The town continued to flourish throughout the 8th century and beyond. As the date of the mosaic floor in the church is 767 AD traces of the Roman town can be seen in the long stretches of the paved street in Madaba’s Archaelogical Park.

The Madaba Mosaic Map covers the floor of the Greek Orthodox Church of St. George, which is located northwest of the city centre. The church was built in 1896 AD, over the remains of a much earlier 6th century Byzantine church. The mosaic panel enclosing the Map was originally around 15.6 X 6m, 94 square meters, only about a quarter of which is preserved.